A charming entertainer, a bit of a nerd and a lot of curiosity: Ömer builds bridges between people and technology. With a M.Sc. in Business Engineering, he founded one of the very first Internet agencies in the Netherlands, back in 1996. He later moved into digital marketing with his own agency, which he still owns and runs.
Ever curious, he became an international keynote speaker, he offers both consulting and coaching as a trusted advisor, has recorded a dozen online courses in both English and German and is a lecturer at several universities.
He has written four commercially published books, with more in the works. 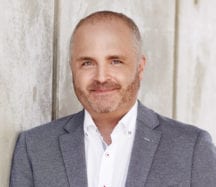